DEM is a globally recognised industrial weighing technology company, founded in 1985, specialising in productivity-enhancing hardware and software solutions for manufacturing and packaging operations.

DEM are an ISO 9001:2015 quality assured company that offers innovative weighing, labelling and data capture factory floor solutions that provide control from the arrival of the raw material to dispatch of the packed product.

Increased productivity and profitability are central to the DEM product delivery with a full return on investment typically achieved within twelve months from installation.

In addition, we also service, repair, calibrate and hire all types of industrial weighing scales and labelling systems.

Get in Touch
3 Locations

Who cater to your every whim

You got any issues? Get in touch!

We got the experience! Use it!

Our innovative weighing and traceability solutions can assist you with the quality assurance of your food, thus boosting consumer confidence in your goods.

We don’t believe in a one size fits all approach, therefore, we offer both stock and personalized industry-specific solutions to make sure your business gets the best value, quality and return on investment.

We aspire to be the leading supplier of quality, hardware and software solutions to the regulated manufacturing and processing sector. To deliver best in class implementation, after sales service and support, that offers a fast ROI and represents real value for money.

Our complete range of manufactured weighing scales is approved by the NMI.

NMI Approval, NMI Certificate TC7897. NMI is world-renowned as a reliable and professional Test and Certification Institute. For most weighing instruments a European approval is required.

Having this accreditation gives DEM market access in all 27 European Member States. Also, many foreign countries accept the certificates and test reports issued by NMI and directly issue approval without requiring the weighing systems to be retested.

We have also been awarded by the NMO the MIR Certificate for Automatic Catch Weighing Systems.

In 2009, DEM was one of the few companies that were accredited with certification to complete re-verification from NSAI |LMS.

What others say about us…

DEM offer the ultimate in flexibility, ease of use and reliability for a wide range of food processing applications. The scales can be used as standalone self contained weighing units or networked as part of a fully integrated system; optimising the use of the weight data. DEM’s Application knowledge was  paramount to the success of the overall  factory upgrade.

Since the weighing system was installed productivity has increased due to the system being more efficient and the new equipment being more accurate. We now have an integrated, very efficient, streamlined, professional filling software and hardware system. 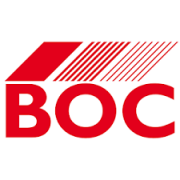 DEM Integrated Systems has made our operations so much more efficient. Management is streamlined and controls are standardized, reducing  risk. Our data  is integrated, eliminating information silos. Our decisions are faster and data  driven, giving us a competitive edge.

We are very pleased to have selected DEM Integrated Systems as our check weighing system supplier in Wexford and Ballyragget. The checkweigh operation is critical  for capturing our load  weight transactions and acts as the trigger to our quality systems for load validation prior to reception and processing.

Mossie McNamaraIT Manager# – Glanbia
Scroll to top
We use cookies on our website to give you the most relevant experience by remembering your preferences and repeat visits. By clicking “Accept”, you consent to the use of ALL the cookies.
Cookie settingsACCEPT
Manage consent

This website uses cookies to improve your experience while you navigate through the website. Out of these, the cookies that are categorized as necessary are stored on your browser as they are essential for the working of basic functionalities of the website. We also use third-party cookies that help us analyze and understand how you use this website. These cookies will be stored in your browser only with your consent. You also have the option to opt-out of these cookies. But opting out of some of these cookies may affect your browsing experience.
Necessary Always Enabled
Necessary cookies are absolutely essential for the website to function properly. These cookies ensure basic functionalities and security features of the website, anonymously.
Functional
Functional cookies help to perform certain functionalities like sharing the content of the website on social media platforms, collect feedbacks, and other third-party features.
Performance
Performance cookies are used to understand and analyze the key performance indexes of the website which helps in delivering a better user experience for the visitors.
Analytics
Analytical cookies are used to understand how visitors interact with the website. These cookies help provide information on metrics the number of visitors, bounce rate, traffic source, etc.
Advertisement
Advertisement cookies are used to provide visitors with relevant ads and marketing campaigns. These cookies track visitors across websites and collect information to provide customized ads.
Others
Other uncategorized cookies are those that are being analyzed and have not been classified into a category as yet.
SAVE & ACCEPT